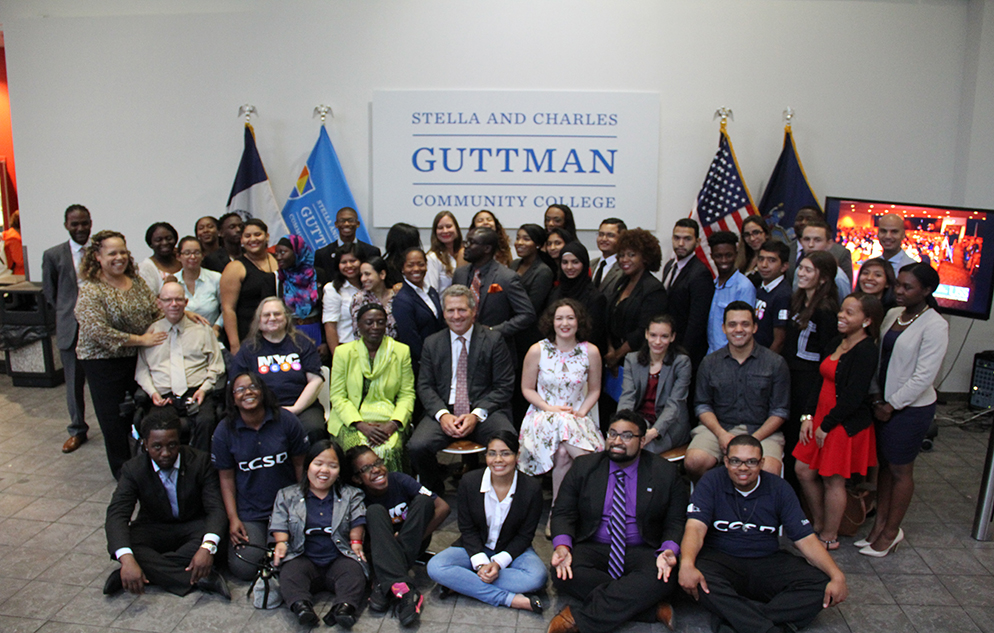 On September 10 Guttman hosted the third annual SGA-USS (Student Government Association- University Student Senate) Welcome Back and Networking Mixer for over 70 student leaders from 11 CUNY colleges for the fall semester. This event was a networking opportunity for student leaders to connect with one another and with leaders from CUNY and the City, including Councilwomen Inez Barron; Chancellor Michael B. Milliken; Senior Vice Chancellor Jay Hershenson; University Dean Chris Rosa; and USS Chair and student Trustee Joseph Awadjie. The Chancellor spoke about the CUNY value and noted that the University has the highest enrollment in its history. Event organizers also promoted the CUNY Voice Your Choice campaign, a voter registration initiative.