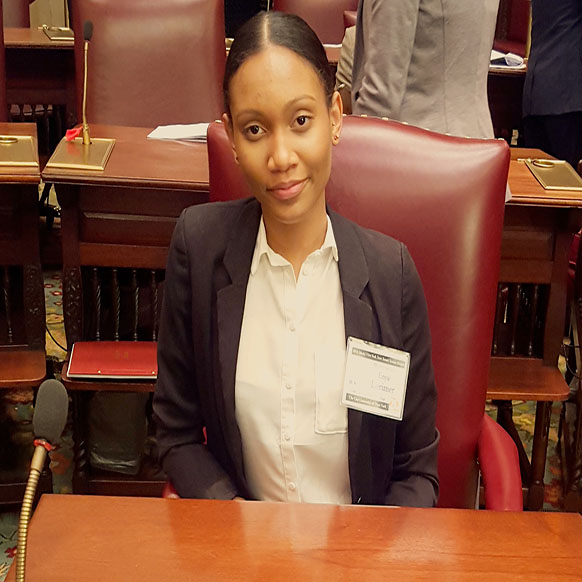 The Model Senate Session, now in its 20th year, is designed to provide CUNY SOMOS student participants a unique opportunity to develop leadership skills in a legislative/policy-making setting, emphasizing critical thinking and communication. Students participate in an intensive training program that consists of evening/weekend sessions with faculty mentors. They learn about New York State government, representation, and the legislative process. The program culminates with a trip to the State Capitol in Albany, where students debate public policy in the Senate Chamber.

Enya reflected that “Participating in the 2016 Model Senate was truly inspirational. It challenged me to push myself further beyond the expectations that I had set for myself and in doing so I’ve learned and grown a lot in a very short period of time. It was a great opportunity to gain new insight, develop your own ideas, have a voice and be heard.”

An added benefit of the Model Senate Project is the opportunity to compete for scholarships awarded by the New York State Assembly and Senate Puerto Rican/Hispanic Task Force and summer internships with members of the State legislature.