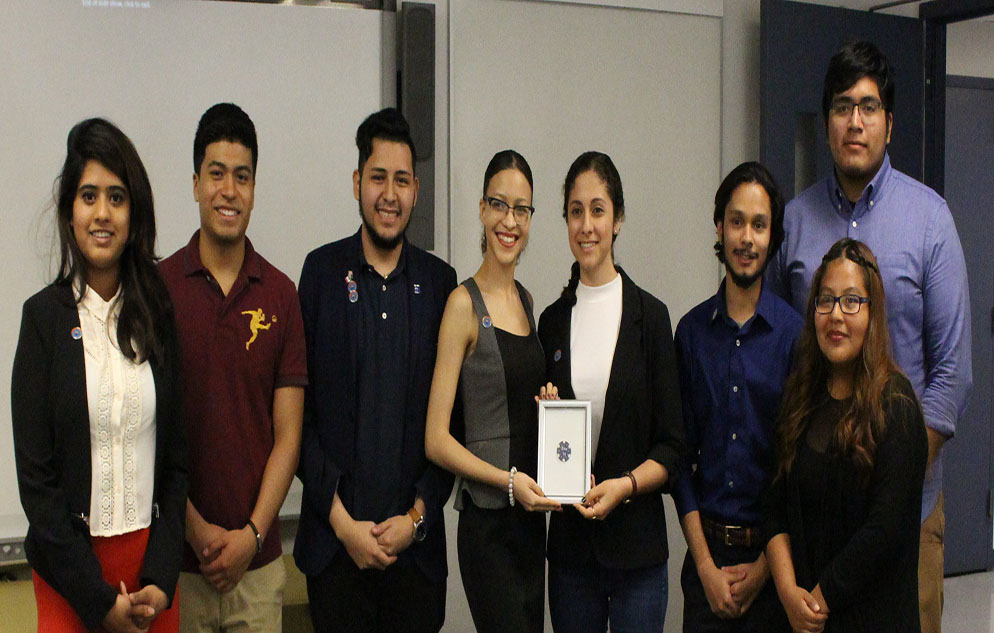 Guttman’s Student Government Association’s Passing of the Torch Ceremony was held June 20 as a formal transition from the current 2015-2016 SGA board to the newly-elected 2016-2017 board. Over 130 students voted in the May election.

Nate Mickelson, Assistant Professor of English, led the formal oath of office for the incoming SGA board members, who will assume their duties July 1.