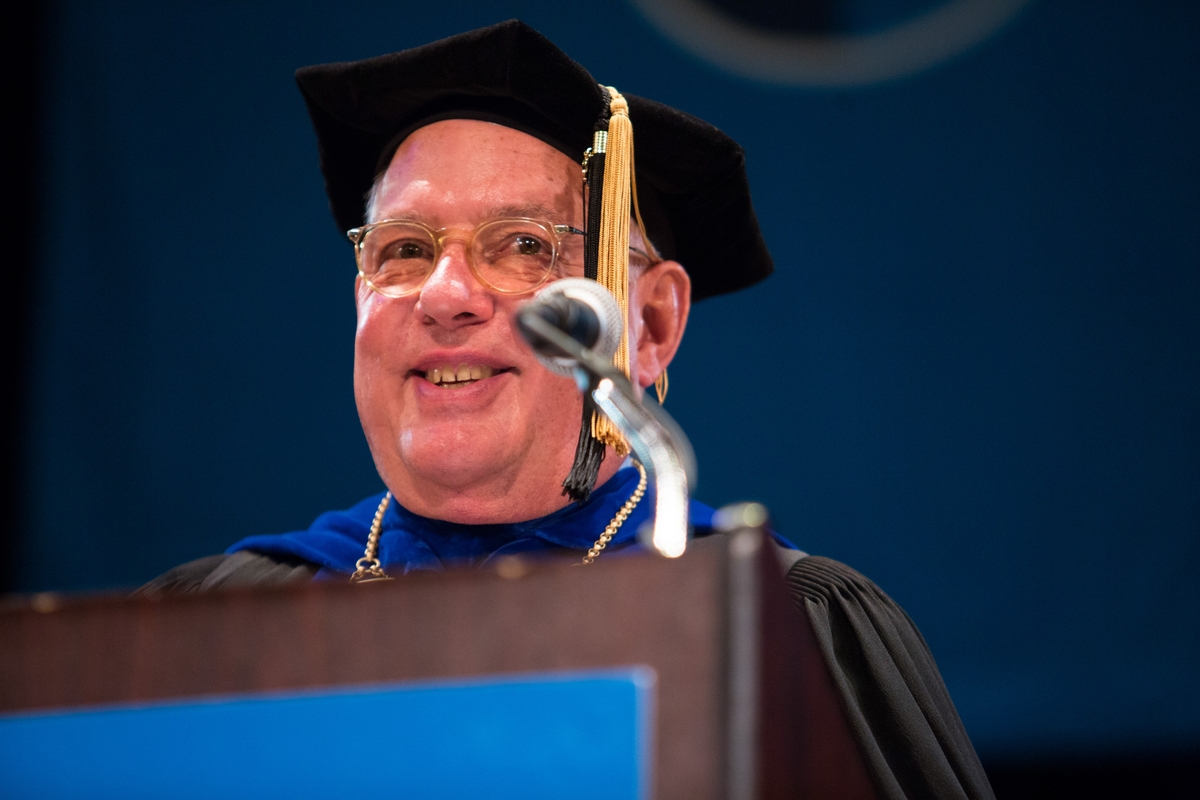 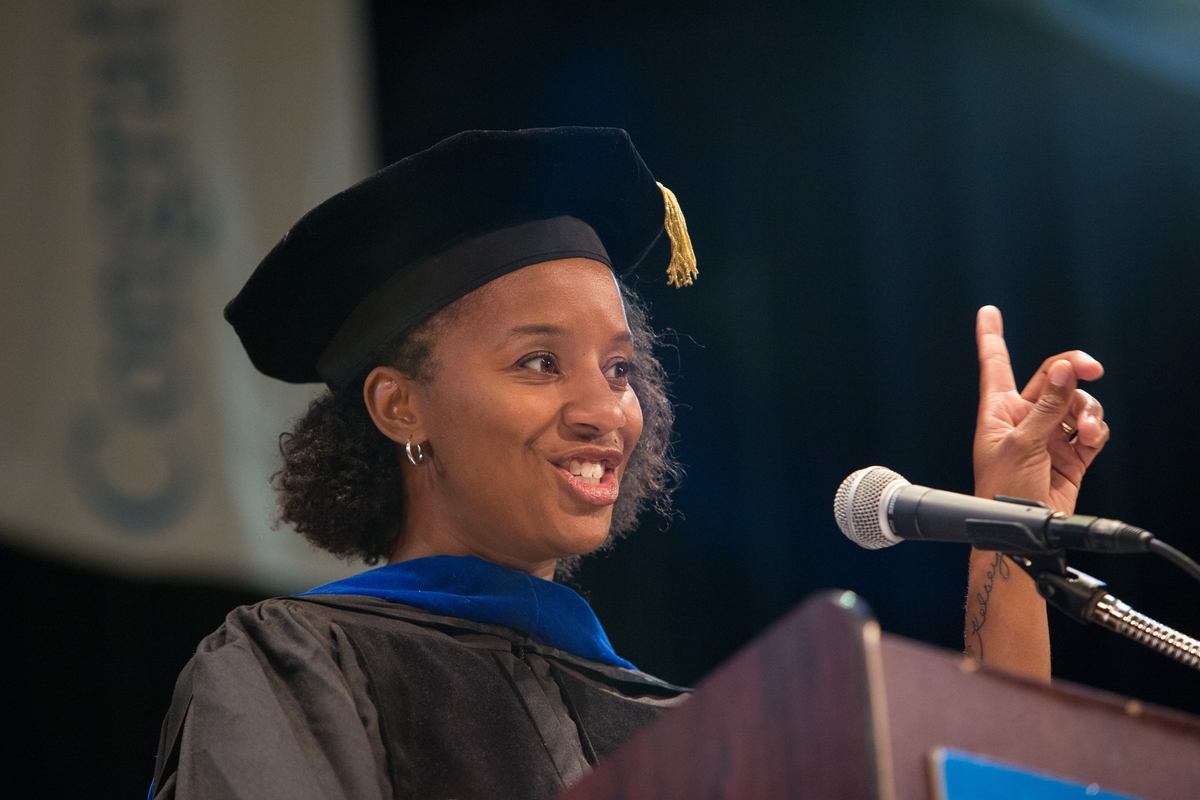 The President’s Medal for outstanding contributions to the College was awarded to Carol Geary Schneider, President of the American Association of Colleges & Universities, for her continued support and advocacy about the important work being done at Guttman and for promoting national discussions about the College’s innovative model. 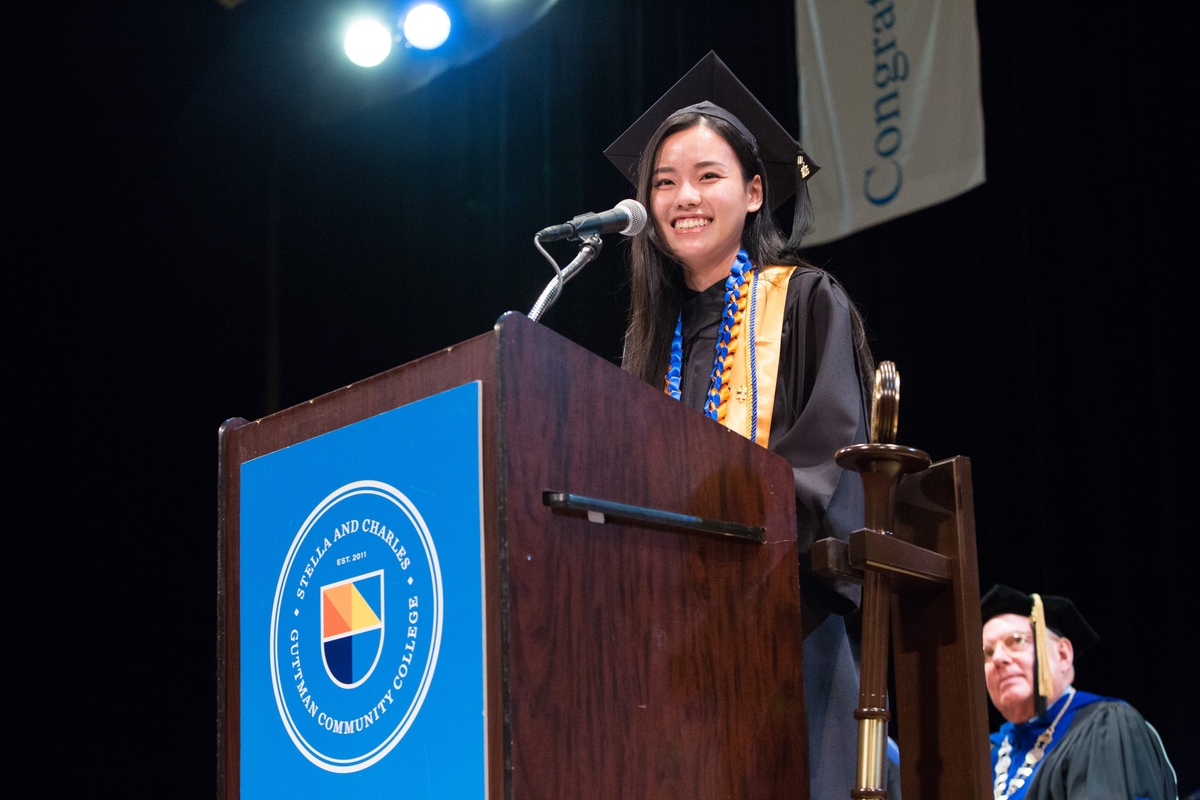 A posthumous diploma was presented to Shawn Depusoir. The Shawn Dupusoir Urban Studies Scholarship was also announced and will be given annually to an urban studies major in Shawn’s memory. The first recipient of this scholarship is graduating student Chanill Solano.