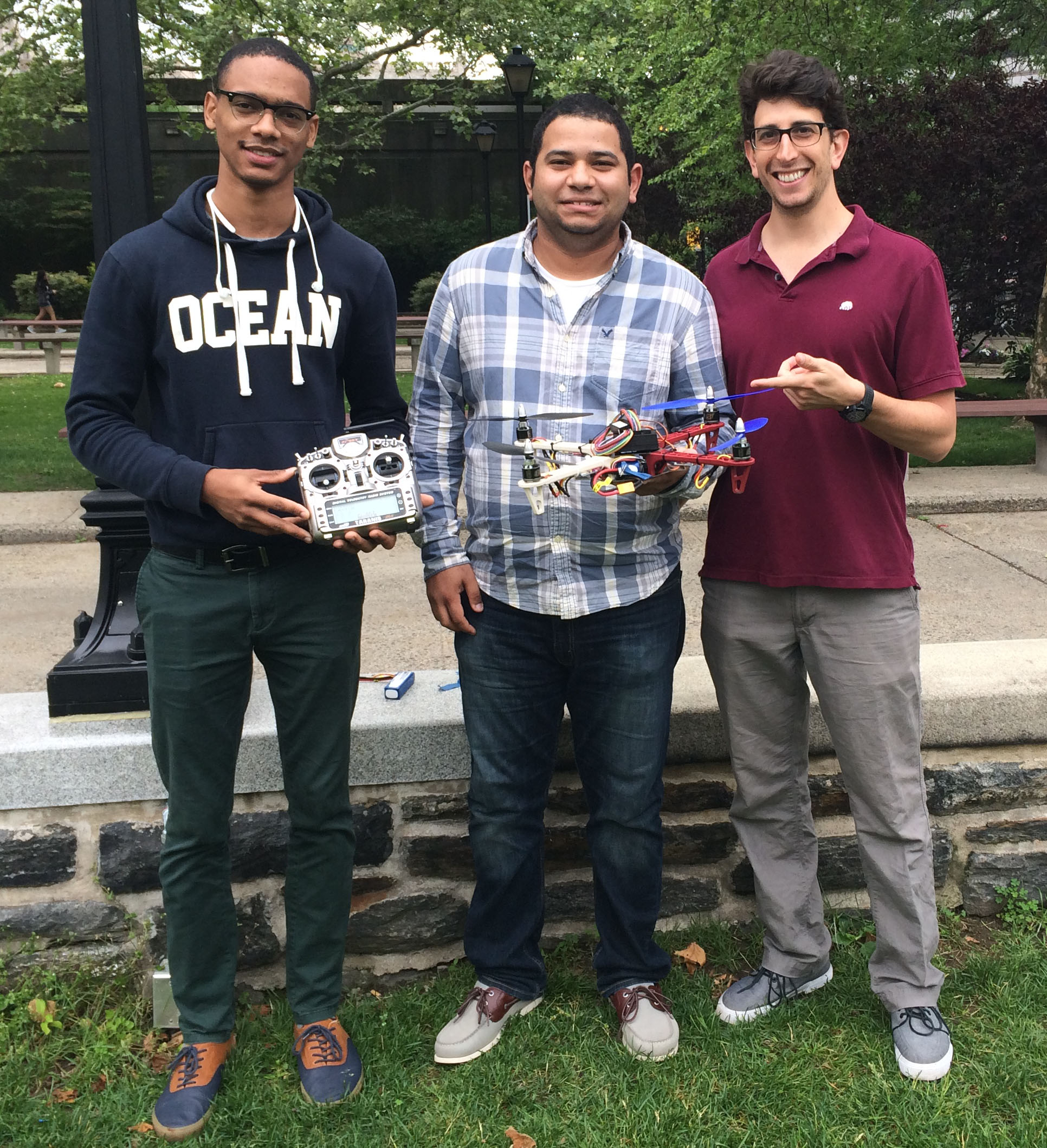 During the Spring I 2016 session, first-year Guttman students Miguel Almonte Hidalgo and Marcos Fermin Lopez were hired by Derek Tesser, Instructor in Biology, as work-study students to build a quadcopter (four propeller, multirotor copter) for environmental remote sensing research. This quadcopter will be used during the Spring II Global Guttman trip to the Itapoa Reserve in Ecuador that departs July 15.

The Itapoa Reserve is a rainforest conservation site located in Esmeraldas, Ecuador, and is considered to be one of the most biodiverse locations in the world. Although the Reserve itself is about the size of Central Park, it contains more plant species than all of the United States and Canada combined. The Itapoa Reserve region is rich in natural resources and is experiencing widespread deforestation with the encroachment and growth of the African Palm Oil industry.

The quadcopter project was conceived as a way to gain a better understanding of the forest fragmentation in the region, as little aerial imagery exists for this remote habitat. Miguel Almonte Hidalgo and Marcos Fermin Lopez, who are Information technology majors, built the quadcopter in Professor Kyle McDonald’s Ecosystem Science Lab in the Department of Earth and Atmospheric Sciences at City College where Derek Tesser is completing his graduate work. Designs for the quadcopter were based on collaboration with partners at NASA’s Jet Propulsion Laboratory (JPL) at the California Institute of Technology.

The quadcopter’s parts were carefully researched and purchased individually. Miguel Almonte Hidalgo and Marcos Fermin Lopez assembled the parts under supervision of Derek Tesser and postdoctoral researcher Dr. Nick Steiner. The quadcopter required programming, building, testing, and a variety of design modifications to achieve a balanced flight capable of delivering high-definition video from the mounted camcorder. 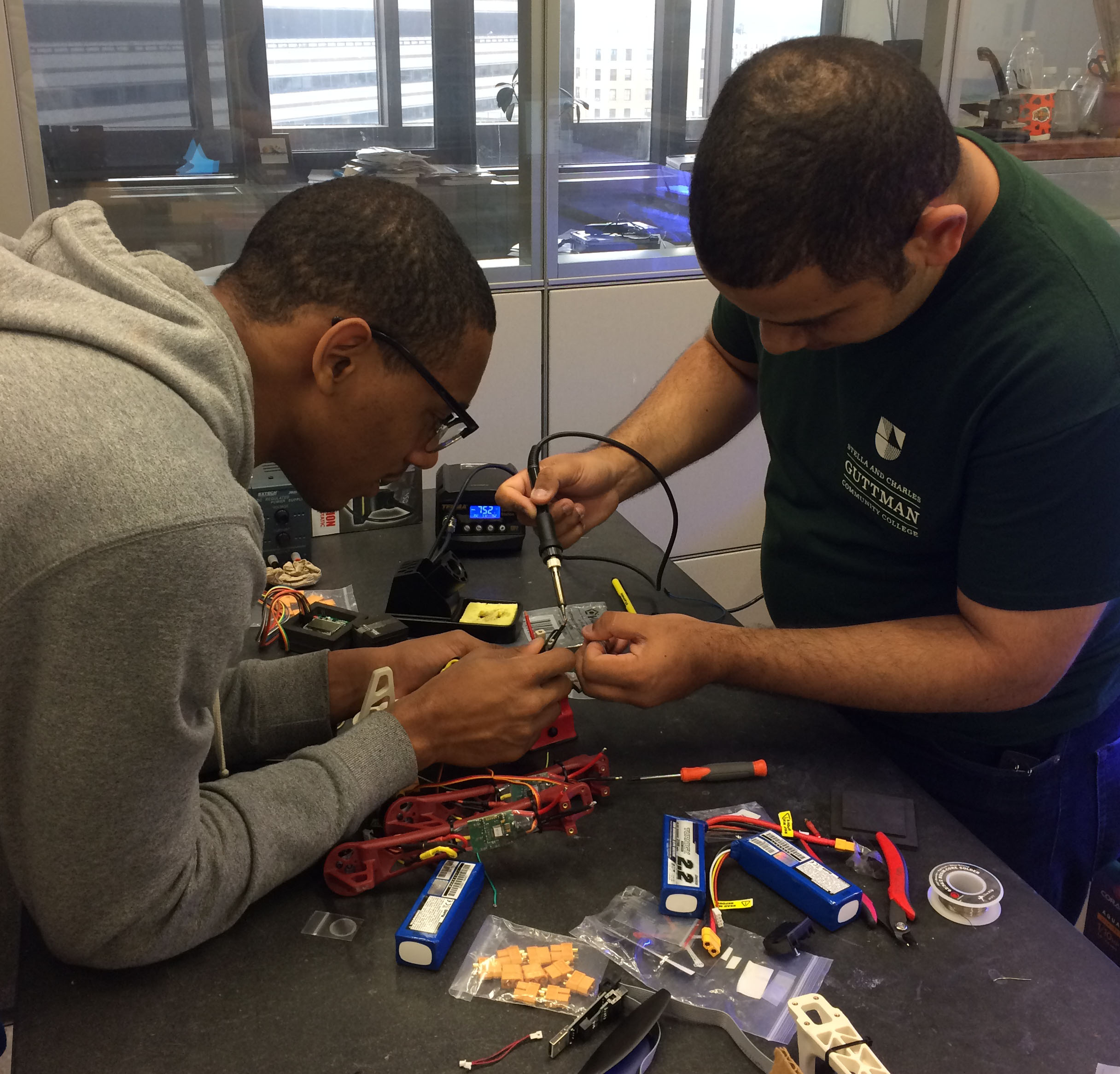 “It was challenging work that taught me new things in programming and research,” noted Miguel Almonte Hidalgo. The group achieved Mission Success when the quadcopter officially took flight at City College on June 3, 2016. The group will next attempt to build a fixed-wing drone capable of flying longer distances with pre-programed GPS coordinates. Marcos Fermin Lopez found “…the experience working in a lab setting rewarding. It was a great opportunity to work with the leading minds in the field at City College.”

The Ecuador-Itapoa Abroad class of six students is bringing the quadcopter with them into the jungle as part of their study. This will be Guttman’s second visit to the Itapoa Reserve; Instructor Tesser has been collaborating with the site since 2013.