On September 2, Guttman Community College welcomed its fifth incoming class of 432 students during 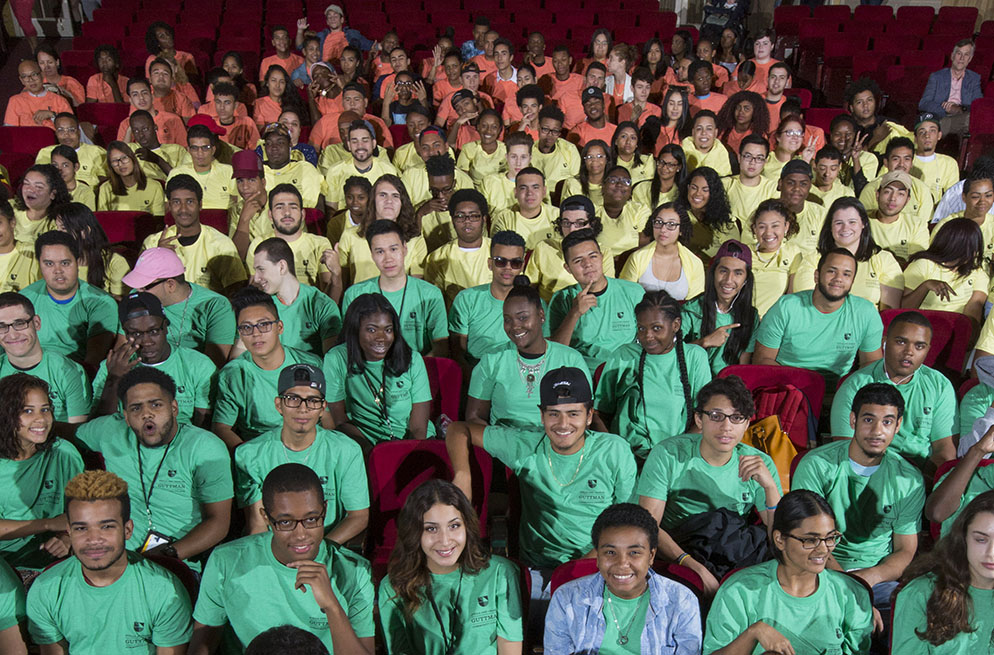 an afternoon Convocation at The Town Hall. Convocation marked the end of the 10-day Summer Bridge Program, a required introductory session for incoming students.

Andrea Morrell, Assistant Professor, Urban Studies, gave the faculty address. Professor Morrell welcomed students and gave them advice on how to succeed at Guttman the next two years. 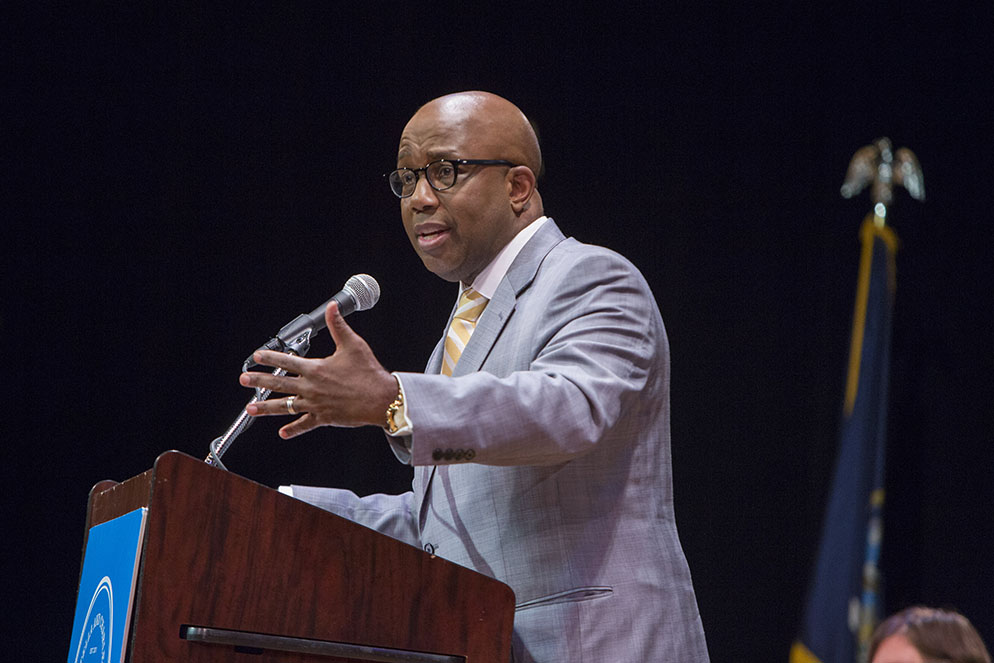 Errol Louis, Journalist and Host, NY1, Inside City Hall, served as the keynote speaker. Mr. Louis offered the new students guidance on how to be successful in college and their future, advising them to dream big, set a destination and go for it.

Student Government Association President Phaedra Dimitrou greeted the students on behalf of the SGA and lead the pinning ceremony, where students helped one other with their pins, symbolizing they are officially Guttman students (“This means I am Guttman, and Guttman is me.”). The pinning ceremony was followed by the house recognition from the Student Success Advocates. The event concluded with the spoken word piece, “Running in Chains,” written and read by SGA Vice President Alexa Henry. Guitarist Jeff Miles provided music throughout the Convocation event.