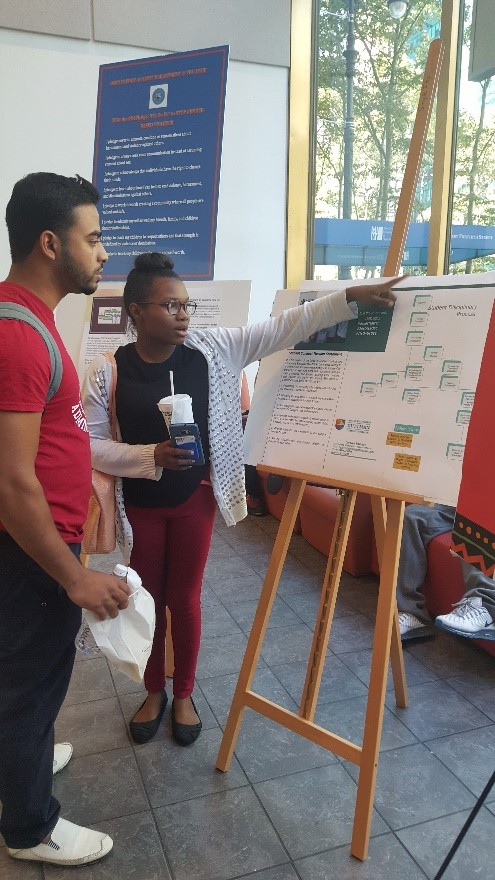 The Office of Student Conduct and Community Standards kicked off its Weeks of Welcome Event (WOW) with a #JustAskOSC Campaign on Thursday, September 22, 2016. The launch was designed to create awareness and involvement about other campaigns, facilitate discussions about the role of the office, and invite community engagement between the Office of Conduct and Community Standards and students. The campaign’s major impetus was getting students involved and engaged with this office so that they can create change. Approximately 150 participants attended the event. Student interactions included signing up for future campaigns for the 2016-2017 academic year, such as the #RulesMatter, #CivilityAndRespect, and It’sOnUSGuttman campaigns, to requesting information about obtaining support from the office in the aftermath of a behavioral issue and what questions they would like to see/hear in student focus groups and town halls. The campaign also gave students an opportunity to submit questions about their rights and responsibilities. In collaboration with its sponsor, the Office of AccessABILITY, 30 students signed up for the campaigns during the event; 30 more students expressed an interest to participate at the conclusion of the program.

The Office of Student Conduct and Community Standards is intentionally working with students to interact from a restorative justice approach  as part of a major cultural shift from a punitive to a restorative model. Restorative justice builds communities of care around students while not condoning harmful behavior by holding them accountable for their actions within systems of support. Grounded in research (Braithwaite 2001), restorative justice is a revolutionary program based on respect, responsibility, relationship-building and relationship-repairing. It focuses on mediation and agreement rather than punishment.

Guttman’s customized approach through a social justice lenses tries to be proactive rather than reactive, aims to facilitate students’ academic persistence and creates a safe environment where learning can flourish- both on the social and academic levels. As such, Guttman Community College partners are engaged in a Civility Taskforce, created to promote and develop community standards, trainings and programs for students and to facilitate a culture of respect and civility. A brainchild of Charles Pryor, Dean of Student Engagement, the taskforce is a collaboration among the major constituents— faculty, staff, and students. Members include: Carolee Ramsay (Office of Community Standards & Student Conduct), Marcus Allen (Faculty), Crystal Vazquez (AccessABILITY), Nate Mickelson (Faculty), Geraldo Vazquez (Faculty), Omairys Rodriquez (Office of Communications), Angie Sadhu (Office of Strategic Planning), Yvonne Rubie (Office of Testing), Phleisha Partridge (student), Rashaun Neath (student), Roger Smith (student), and Alexy Pineda (student). 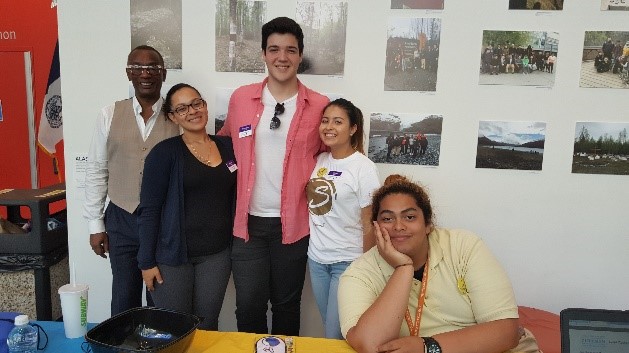 Many freshmen were excited about Guttman’s proactive approach to school discipline. They were surprised to learn about the many educational activities to help them stay on track academically, while being reminded about their being accountable and responsible for their actions. This approach has had a positive impact. Specifically, during 2014-2016, there was only a 1% recidivism rate compared to previous years for minor infractions and violations of the University’s policies when students were given informal sanctions such as behavioral contracts, classes, workshops, reflection or research papers, online education, mediations, restitutions, restrictions, community service, disciplinary probations, admonitions, and censures. Restorative justice resolves disciplinary problems in a cooperative and constructive way by nourishing rather than punishing. This approach is proving to be the best strategy to reach and retain Guttman students. 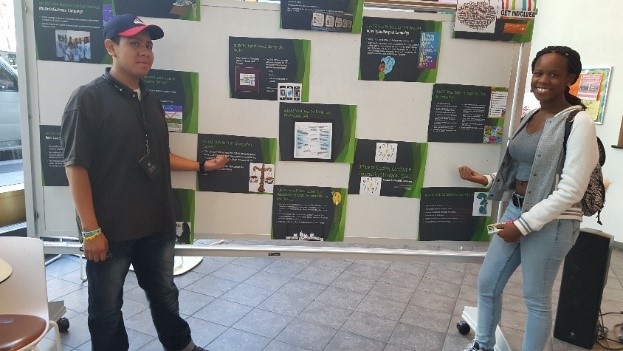 Students interacted with the “Knowledge Board” to get an understanding of and tools of engagement with student conduct at Guttman.