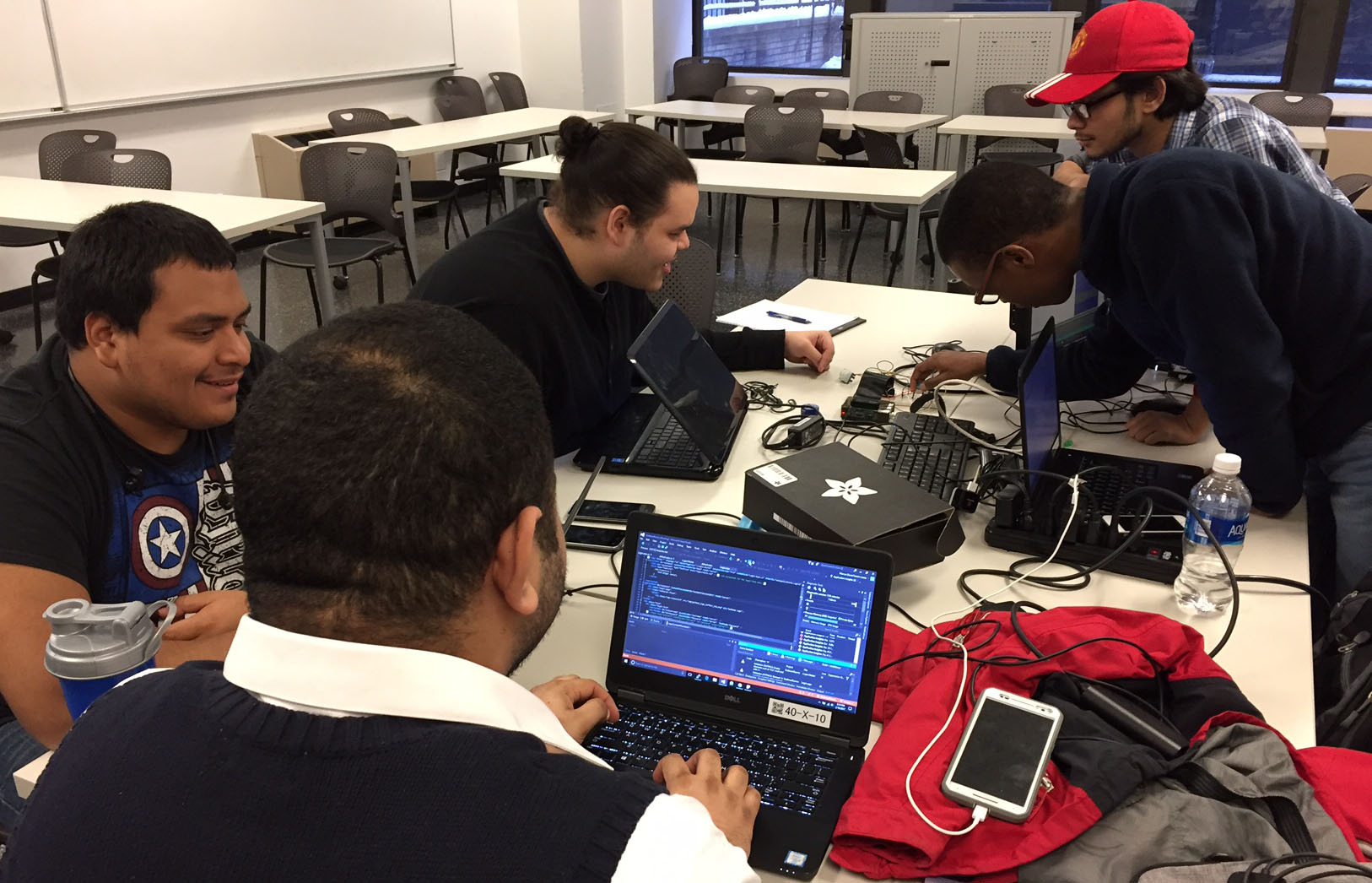 It was challenging to utilize the three small offices on the fifth and sixth floors created for private conversations and meetings as no reservation mechanism was in place. Guttman CIO John Stroud came up with a creative solution: He recruited six IT students to develop and implement a new room reservation App for these small offices:

Using motion sensors and a Raspberry Pi computer, the students developed a complete system to facilitate the reservation of private spaces and increase utilization. Engineering both the hardware and software of this project, they successfully built the system architecture that includes a room database with a motion sensor to monitor when the three offices are occupied. The software allows users to view the status of each room and to reserve them using a web interface. The students worked in three groups (two per group) on the hardware, software, and web interface system components.

None of the students believed they were proficient programmers at first. However, they gained confidence as they learned C# (programming language) and conducted research. The project provided a true work environment. Students assisted and supported one another and also reviewed and critiqued each team’s efforts. “Having teams working on the separate parts but also working together is helpful,” noted Matthew Rodriguez.  Students gained practical web and App development, programming, and project management experience that will support them in their studies and professional development.