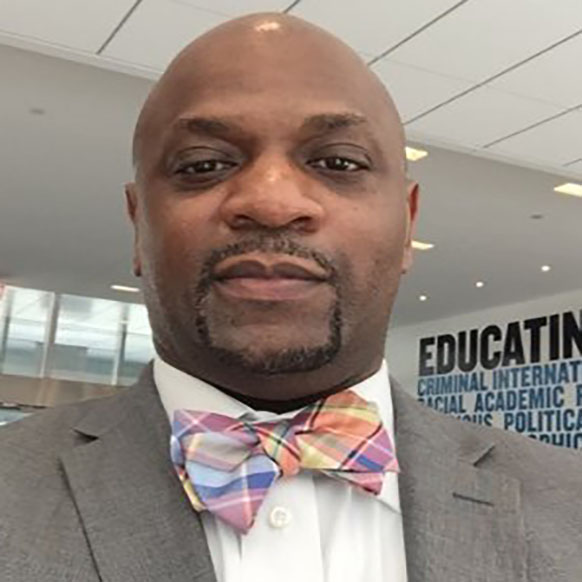 “The State of the Literature on Student Evaluations of Teaching and an Exploratory Analysis of Written Comments: Who Benefits Most?” was featured in this year’s first issue of College Teaching. Co-authored by Guttman Professor of Political Science and Urban Studies Dr. Marcus Allen, with Dr. Sherri L. Wallace, University of Louisville, and Dr. Angela K. Lewis, University of Alabama, the article poses a critical question about specific impacts of negative student evaluations on faculty who are women and people of color.

Gathering student feedback on courses and instructors has become routine in higher education, with this information influencing important personnel decisions, for instance, assigning instructors to open classes. In addition to reviewing the literature that examines and critiques student evaluations of teaching, the researchers apply the lenses of gender and race to further probe the common practice. Dr. Allen offers important guidance on the use of this type of feedback. “Our study suggests that written comments are a precious resource of information and may prove instructive to chairs and higher education administrators in detecting bias in student evaluations. Thus, when making personnel decisions such as promotion and tenure of faculty of color and women, decision-makers have access to all the information provided by the instrument to help contextual summative assessments of teaching.”

Dr. Allen joined the faculty of Guttman Community College in 2013. He served as the Urban Studies Program Coordinator from 2014 to 2016, administering program operations and representing the program’s interests to internal and external partners. Since 2015, Dr. Allen has been the committed Program Director of Guttman’s United Men of Color (UMOC), part of the CUNY Black Male Initiative funded by the New York City Council.

Prior to Guttman, Dr. Allen was the Program Coordinator of both the African, African American, Diaspora Studies Program and the South Africa and Botswana Study Abroad Program at Wheaton College. A prolific scholar in his field, Dr. Allen’s publications have appeared in the Journal of Race and Policy, Journal of Black Studies, and The American Review of Politics, among others, and he has presented at numerous conferences in his areas of expertise. Dr. Allen earned his Bachelor’s degree as a double major in Political Science and Philosophy, and his Ph.D. in Political Science from Binghamton University, State University of New York.