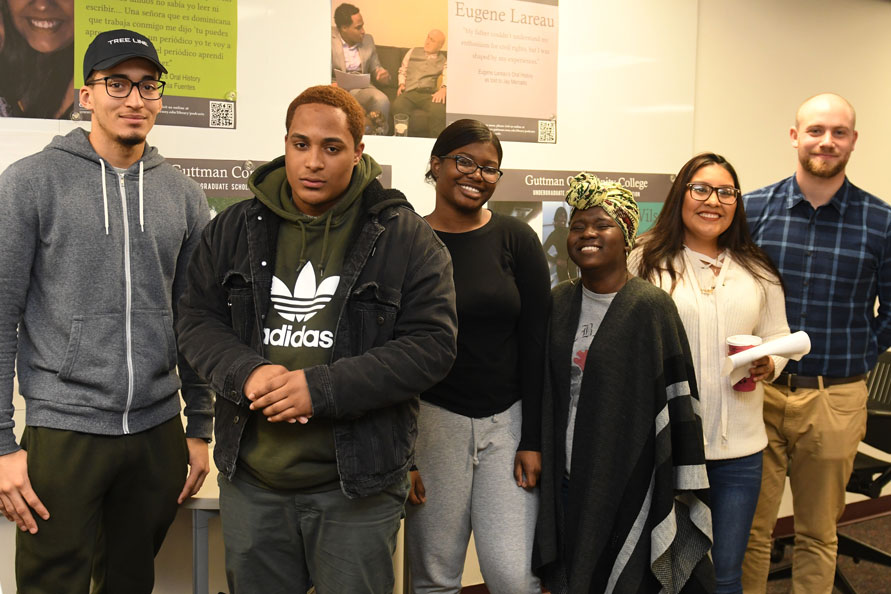 The Guttman Oral Histories Collection is a partnership with Brooklyn College’s We Are Brooklyn: Immigrant Voices, a multimedia exhibition based on 10 oral histories of immigrants and children of immigrants from the Dominican Republic, Mexico, Haiti, Pakistan, Albania, Italy, Guatemala, China, and Grenada conducted by Brooklyn College students. Through text, photographs, and audio on six-foot, double-sided panels, their stories and experiences are placed in the context of U.S. immigration history, New York City as an immigrant city, and the actions and pronouncements of the Trump Administration.

We Are Brooklyn amplifies the rich lives and cultures of immigrants in New York, challenging the reductive narratives of immigrants and immigration that fuel hate and anxiety in our city and our country. Together, both exhibitions invite participants to appreciate the gifts of the students and to re-think histories of the past, re-analyze modern circumstances, and see crucial connections between then and now, between “us” and “them.”

“We Are Brooklyn: Immigrant Voices” will run through March 30 at Guttman Community College and then will move to Bronx Community College April 1-12. On May 6, it will travel to the James Gallery at the CUNY Graduate Center, where it will be the opening exhibition for the Pressing Public Issues series of events. Finally, the exhibit will travel to the Lefferts Historic House in Prospect Park, Brooklyn, to be on display through Labor Day.