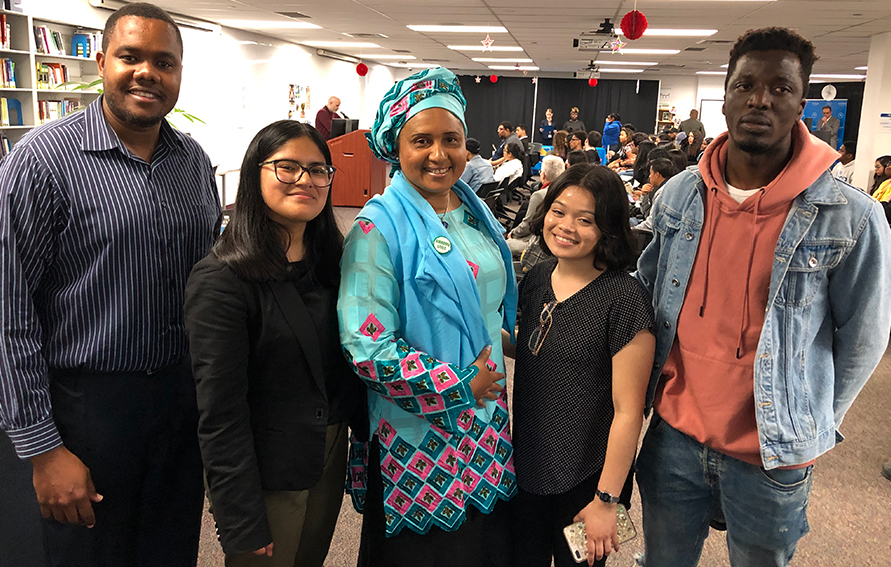 Established by Mrs. Kadi Diallo and the Amadou Diallo Foundation, this scholarship is named in honor of Amadou Diallo, who came to the United States in 1996 hoping to pursue a degree in information technology. His ambition and dreams were crushed when he was shot multiple times by four New York City police officers on February 4, 1999. He was innocent, unarmed, and seeking shelter and safety in the vestibule of his apartment building when he was murdered. Since his death, his mother and the trustees of the Amadou Diallo Foundation have dedicated themselves to promoting racial healing and positive community interaction with law enforcement and supporting scholarships to help students complete their college degree. Guttman is honored to offer students this scholarship opportunity.

Eligible students must have a GPA of 3.0 or higher and between 15-40 earned credits, and carry a minimum course load of 9 credits or more for the academic semester. They must also demonstrate some engagement in college extracurricular activities or volunteer service with external community groups. Scholarship preference is for, but not limited to: Information Technology majors; students active in Guttman’s United Men of Color Group (UMOC); students who are not eligible to apply for federal and/or state financial aid; and students of African or African American descent or recent immigrants from Africa.

“Amadou Diallo lives on through the Diallo Foundation, which is making a positive impact in the lives of students at Guttman Community College,” noted Dr. Dalvin Hill, Assistant Professor and Program Coordinator, Information Technology.