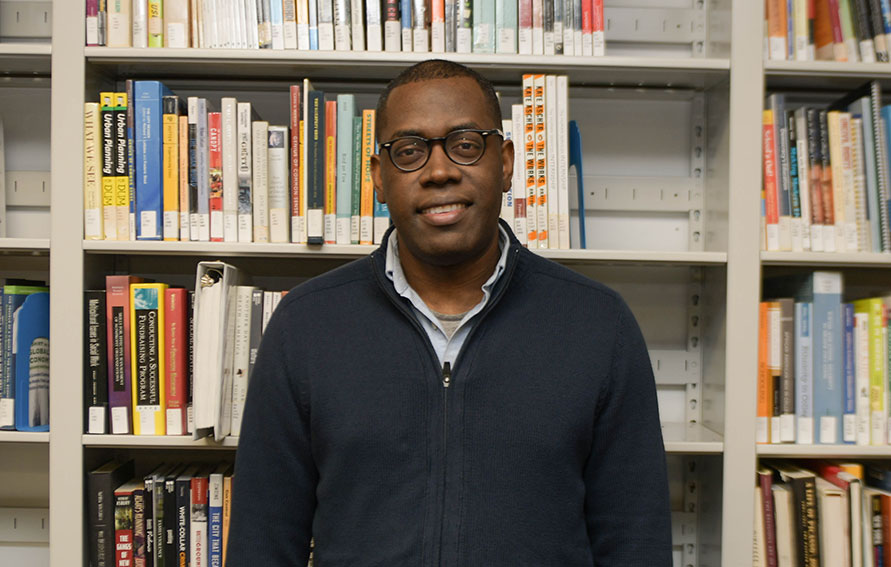 “You will not have learned everything possible at any point in your life. The learning process is a lifelong endeavor. It is never over.”

Defying deep-seated expectations, Lecturer of Mathematics Keino Brown reveals that he was once “hellbent on becoming an English professor. Then, math happened.” He is currently pursuing a Ph.D. in Mathematics at the CUNY Graduate Center, “securing the requisite firm footing in the breadth of my discipline’s concerns.” Though “not yet settled on any particular interest,” Prof. Brown will likely select his research focus from one of the “pillars” of mathematical physics: topology, differential geometry, or complex analysis. Since Spring I 2014, Guttman has counted him among the pure mathematicians at the College, where he has taught every mathematics course offered at least once, aiming “to make the classroom feel like a shared space for learning how to think about abstractions logically.”

Having previously served as adjunct faculty within CUNY, Prof. Brown was drawn by Guttman’s “small class sizes, the culture of putting the students at the center of the learning experience, and the sense that the school was endeavoring to realize its aspirations as a place that created access.” He shares that “this environment is very similar to the one that I entered into when I first came to college” at Kingsborough Community College, CUNY. “So being here, I can see myself as one of the students. I can relate.”

Prof. Brown is a “laid-back but exacting” instructor. In College Algebra, the course he has taught the most, “I do spend a lot of time at the board.” While emphasizing the use of online software like Desmos and GeoGebra to engage students in idea discovery exercises, Prof. Brown also supplements technology by “modeling behavior, modeling how to approach thinking about” a mathematical idea, giving “a very concrete example of you doing it in front of them.” Gradually, “the students come to the board and do problems” as well, taking ownership of the knowledge and the process of acquiring it. After studying particular instances, “we abstract the characteristic features of the concrete cases. Then, we throw away the concrete stuff,” beginning to extrapolate and generalize “about not just that specific thing, but all things like it.”

To motivate students and develop their critical thinking, Prof. Brown challenges them to “question assumptions, especially my own. That back-and-forth brings about clarity because you’re asking me to defend my ideas.” In fact, this is “the culture of academia. You can’t just take what’s being given to you for granted – you have to question why that is true.” Ultimately, Prof. Brown’s goal is for students to “start believing in their agency, their ability to grasp concepts, to uncover truth, and to undertake a lot of that work independently.” Most gratifying he finds participating in and witnessing “the growth that becomes apparent,” typically toward the end of the First-Year Experience (FYE). “I just love seeing the students begin to see and comport themselves as learners and young scholars. It’s one of the things that makes me look forward to teaching Quantitative Reasoning and Statistics in the FYE, to see that transformation… I can’t say anything tops that!”