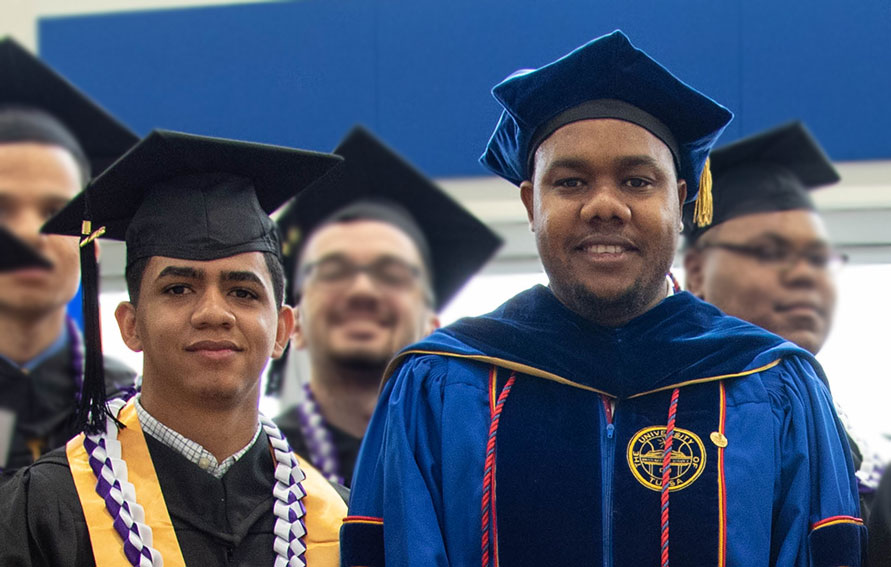 Assistant Professor & Program Coordinator of Information Technology Dr. Dalvin Hill and class of 2019 alumnus Hector Castro have co-authored an article titled “The Impact of Integrating Data Generated from Wearable Devices into a Patient Health Record (PHR)”. This paper was accepted for presentation at the 22nd International Conference on Collaborative Care, Integrated Health Systems and Management Models conference in the fall. The article proposes the inclusion of data generated from wearable devices, such as smart watches, in a patient’s health record.

The authors explain how the utilization of wearable devices to track one’s personal health data has become increasingly popular and the infrastructure behind the information. As stated in the abstract, “This data is typically stored on a device’s memory or uploaded to an account in the Cloud; based on the current trend, the data accumulated from the wearable device is stored in a standalone location. In many of these cases, this health related datum is not a factor when considering the holistic view of a user’s health lifestyle or record. This health-related data generated from wearable and Internet of Things (IoT) devices can serve as empirical information to a medical provider, as the standalone data can add value to the holistic health record of a patient”. Incorporating the data gathered by these personal devices into the patient’s Personal Health Record (PHR) and further into a Health Information Exchange (HIE) can provide benefits for both patients and medical providers.

Dr. Hill worked collaboratively with Guttman Information Technology student Hector Castro to conduct the health information technology research for the paper as part of the CUNY Undergraduate Research Scholars Program (CRSP). Hector presented a poster for the CRSP symposium but was further inspired to aim for a publication. As such, he continued working with Dr. Hill post-graduation to accomplish this accolade. Hector graduated from Guttman in 2019 and is now studying Computer Systems at New York City College of Technology, CUNY. He stated, “taking part in this research has enabled me to appreciate and respect the amount of tireless work and effort that goes into writing a peer reviewed research paper”.