Assistant Professor of Information Technology Dr. Dara Pir has co-authored the paper, “Transfer Learning from Youtube Soundtracks to Tag Arctic Ecoacoustic Recordings,” which has been published in the Proceedings of the 45th Annual IEEE International Conference on Acoustics, Speech, and Signal Processing (ICASSP 2020), held virtually from Barcelona, Catalonia, Spain, May 4-8, 2020. 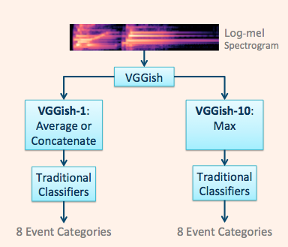 The paper’s abstract summarizes the important research: “Sound provides a valuable tool for long-term monitoring of sensitive animal habitats at a spatial scale larger than camera traps or field observations, while also providing more details than satellite imagery. Currently, the ability to collect such recordings outstrips the ability to analyze them manually, necessitating the development of automatic analysis methods. While several datasets and models of large corpora of video soundtracks have recently been released, it is not clear to what extent these models will generalize to environmental recordings and the scientific questions of interest in analyzing them. This paper investigates this generalization in several ways and finds that models themselves display limited performance, however, their intermediate representations can be used to train successful models on small sets of labeled data.”

Dr. Dara Pir holds a Ph.D. and a Master of Philosophy in computer science from the CUNY Graduate Center. His professional background includes design and development of software in small, mid-size, and large companies. Dr. Pir has taught information technology courses at Guttman since 2014. Hist current research interests include signal processing applications in computer science.