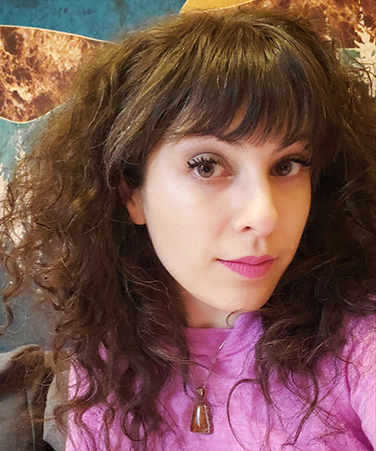 Perpetual Sunshine and the Ghost Girls, a musical featuring the work of Adjunct Instructor Prof. Sara Cooper, an accomplished playwright and lyricist who teaches the Arts in New York City course in Guttman’s Liberal Arts and Sciences Program, was one of five selected for the National Alliance for Musical Theatre’s 15-minute Musical Challenge. Produced in part by the Beck Center and the Baldwin Wallace University Program, the first fifteen minutes of the performance premiered virtually on February 12, 2021, and ran through February 28. Prof. Cooper wrote the lyrics to music by Lynne Shankel. According to Broadway World News Desk, “the show is based on the true story of the women who fought United States Radium Corporation in the 1920s for knowingly poisoning them and subsequently changed United States labor laws forever.”

Prof. Cooper is also half of the creative team behind “a selection of brazen works” performed by the Lowbrow Opera Collective. To music composed by Zach Redler, she wrote the librettos for the chamber opera Breakfast (October 2020) and the production of Windows, upcoming in April 2021. Instead of “serv[ing] as a positive space for families to gather and foster connection,” in Breakfast, “this space becomes the epicenter of a family’s demise.” Windows is a series of opera monodramas that “surround a universal human experience – unrequited love.”

Adding to her impressive list of recent achievements, Prof. Cooper was one of the inaugural cohort of recipients of the Barrington Stage Company Spark Grant in December 2020. The $2,500 award was given “under the single condition that the money be used to spark the artist’s creativity” during “uncertain times,” when “many artists are struggling not only financially but also artistically.” The grant is intended “either for a new project or to continue working on an existing one.”

Having graduated with an M.F.A in Graduate Musical Theatre Writing from the Tisch School of the Arts at New York University (NYU), Prof. Cooper has taught in the Graduate Musical Theatre Writing Program at NYU and the Playwriting and Screenwriting Program at Purchase College, SUNY. She has a long history of credits as a playwright-lyricist and is a proud member of the Dramatists Guild and the American Society of Composers, Authors and Publishers (ASCAP).