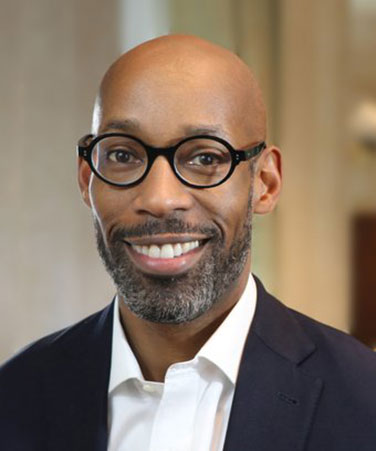 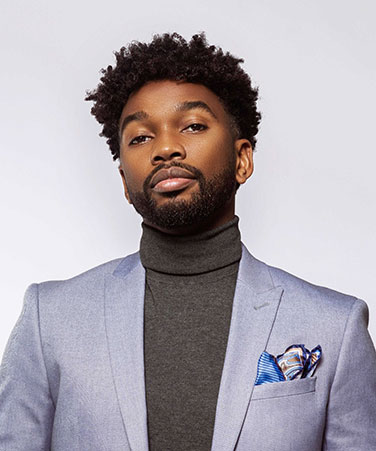 This year’s Salute to Graduates virtual ceremony honoring the Guttman Community College Class of 2021 will feature two distinguished guest speakers. Mr. Michael Lawrence Collins, a vice president at JFF, and Mr. Joshua “J1” Raiford, Director of Hip Hop at Pandora and Program Director at SXM Pandora, will deliver their messages to graduating students during the June 17th ceremony, broadcast on YouTube at 2:00 pm.

Michael Collins is a vice president at JFF. He recently took the helm of a new JFF initiative to directly address the ways in which postsecondary education and training systems can help members of vulnerable populations advance economically—with a special focus on Black learners and workers.

Mr. Collins is happy to celebrate with Guttman. “It has been a privilege to watch the idea of Guttman Community College come to life and transform the lives of learners by providing them a solid foundation to pursue not only their education and career goals, but also their dreams,” he said.

“Mr. Collins is an integral member of the Guttman community, and we are honored to have him be a part of this year’s Salute to Graduates ceremony. As a long-standing member of the Guttman Community College Advisory Council, he has seen our institution grow from the ground up. We are grateful for his guidance through the years, and for sharing his wisdom with our graduating students during this tumultuous time,” said Vice President of Student Engagement Charles H. Pryor, II.

Joshua “J1” Raiford is Director of Hip Hop at Pandora and program director at SXM Pandora. Raiford graduated from Morehouse College with a B.A. in Business, Marketing, Management, and Related Support Services. He went on to obtain his Master’s in Marketing and an M.B.A from Georgia State University.

Raiford began his career with Urban One, where he started as a Programming Assistant/On-Air Talent with WHTA Hot 107.9. He then moved to become program director in Indianapolis and Washington D.C. before returning back to Atlanta, Georgia, to begin his journey with Pandora.

About his participation in the Salute to Graduates ceremony, Mr. Raiford said, “As a believer in education, I am truly honored to be speaking at Guttman Community College. The Class of 2021 had to overcome never before seen obstacles and circumstances. I feel they are most prepared and ready to face any challenge. “

“Mr. Raiford’s mission to promote social justice through music, especially the genre of hip hop, having its roots in community activism, resonates with many of our students. We are thrilled he is sharing his experiences with our graduating class —he serves as an inspiring example of someone whose pursuit of passion was driven by education,” said Vice President Pryor.

To watch the virtual Salute to Graduates ceremony on June 17th at 2:00 pm and to view ceremony details and sign the guest book prior to the event, go to guttman.cuny.edu/salutetograduates.