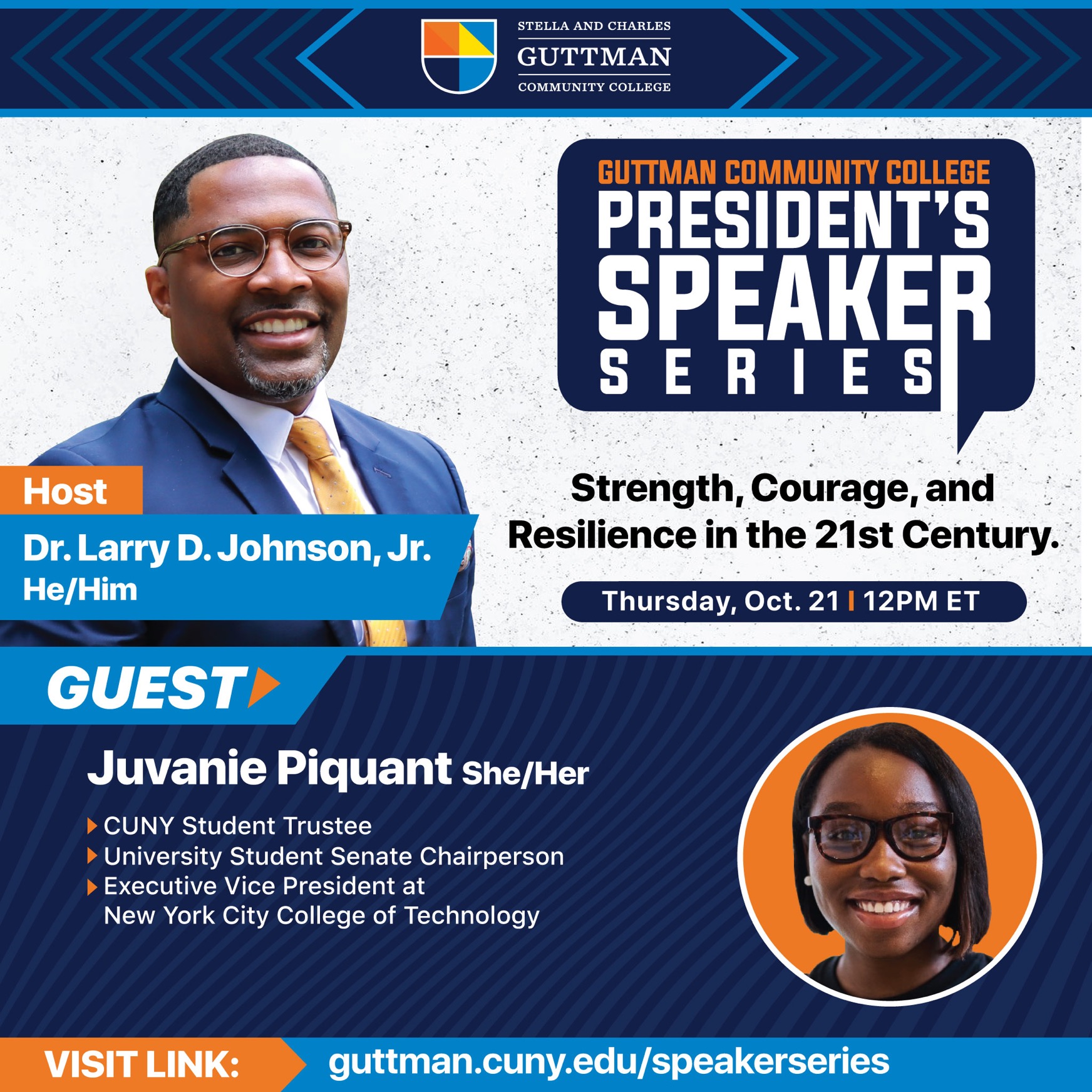 Dr. Larry D. Johnson, Jr., the second president of Stella and Charles Guttman Community College, the City University of New York (CUNY), announces the launch of an annual speaker series to illuminate stories of key figures in New York City. The purpose of the series is to engage the broader community surrounding the College and introduce champions for student success and community colleges. This year’s theme is entitled, “Strength, Courage, and Resilience in the 21st Century,” in response to the ongoing health and racial injustice pandemics facing the nation and the world. Join Guttman President Dr. Larry Johnson, Jr. as he engages in lively discussions with guests every month. Events are free and open to the public. The inaugural event of the series will take place virtually on October 21 at noon.

The first speaker to join Dr. Johnson is Juvanie Piquant, the first Haitian American woman to serve as the University Student Senate (USS) Chairperson. She represents more than 500,000 CUNY students in New York State and is the only student member of the City University of New York Board of Trustees. She is an aspiring attorney, completing her Bachelor’s degree in Law and Paralegal Studies at New York City College of Technology.

To learn more about the series and guests, RSVP, and watch archived events, please visit guttman.cuny.edu/speakerseries.

Guttman Community College has won national notice for its high graduation rates and innovative first-year experience academic model. Designated as both a minority (MSI) and Hispanic (HSI) serving institution, 93% of Guttman students are Students of Color. As of fall 2021, approximately 880 students were enrolled at the College.