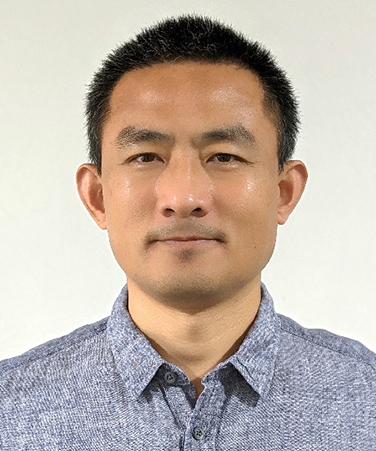 Prior to coming to Guttman in 2014, Dr. Jinzhong Niu had mainly devoted himself to research, from PetriNet-based software development approaches and intelligent consumer electronics in-home network settings in earlier years, to the application of algebraic computation in cryptography and automated auction mechanism design in recent years. “But I’m always passionate about teaching, passing on to next generations my knowledge and my understanding of the nature of computing both as a subject and as a profession,” says Dr. Niu. “The opportunity of teaching at Guttman was a dream come true.”

Dr. Niu’s current research interests lie between computer science and economics, specifically around the intersections between multi-agent systems and markets. Their similarities—both involving multiple self-interested individuals and concerning global outcomes—help to form two areas of research: agent-based computational economics (ACE) and market-based control (MBC). ACE employs agent-based models to study economic and computational properties of (electronic) markets, whereas MBC leverages markets as interaction mechanisms between agents to achieve desired systemic properties. “I have published 30+ papers in these areas at various journals, conferences, and workshops, including the top conference on agent research in the world, International Conference on Autonomous Agents and Multi-Agent Systems (AAMAS), its journal counterpart—International Journal of Autonomous Agents and Multi-Agent Systems (JAAMAS)—and Journal of Electronic Commerce Research and Applications (ECRA).” Dr. Niu has also reviewed papers for various journals and served in the program committees of various conferences and workshops, including AAAI Conference on Artificial Intelligence (AAAI), one of the top conferences in the broad area of AI and AAMAS.

Presently, Dr. Niu is working on a project that aims to automate auction mechanism design. According to Dr. Niu, auctions are an effective mechanism for resource allocation and market-based control. The mechanism of an auction can be tweaked to achieve various outcomes. Automated auction mechanism design helps to avoid those traditionally manual, error-prone processes that auction designers follow. “My approach is to use reinforcement learning methods to search for optimal combinations of auction rules, producing desired mechanisms based on predetermined goals,” says Dr. Niu. “To accomplish this, I have built an open-source software tool, called JCAT, which can be used to simulate competing electronic markets and evaluate the performance of auction mechanisms in scenarios similar to the real world. This work has been supported by PSC-CUNY grants over the last few years.”

When asked what professional accomplishment he is most proud of  Dr. Niu cites the CAT Market Design Competition, for which he was one of the organizers. He collaborated with partners from CUNY; University of Liverpool, UK; University of Southampton, UK; and University of Melbourne, Australia. The Competition, based on the JCAT software platform, was created to promote research into the design and deployment of economic mechanisms for such online marketplaces, particularly mechanisms able to adapt automatically to dynamic competitive environments. The Competition ran for five years (2007–2011) and attracted entrants from 13 different countries across five continents. Research showed that the design of automated mechanisms for the CAT Competition has improved consistently over the five years of the competition, both from the perspective of individual markets and from a global perspective. “I’m glad that numerous research work has resulted from the CAT Competition platform and JCAT as an open-source software tool has been used in many research projects around the world.”

Dr. Niu has had many memorable experiences with Guttman students over the years. “I would pick the 2018 Global Guttman trip to China as the most memorable one, which I co-led with two faculty colleagues.” The planning started in the summer of 2017 and the proposal was prepared and submitted in September 2017. Many further refinements were made until late January 2018 after the proposal was accepted. The CFP was released at the same time and thirteen students were selected after difficult deliberation in February 2018. That was followed by pre-trip training sessions and activities in early March. “We actually traveled during the spring break around the beginning of April. Then post-trip workshops and presentations started and continued until early June. In addition to the IT component of this program, as a Chinese native, I was able to lead certain critical tasks of the program, including finalizing the financial arrangement with the Business Office, obtaining Chinese visas, coordinating with the organization that helped us to plan activities during our trip, and handling logistics in China.” Students were transformed by this eye-opening experience.

At Guttman, Dr. Niu has taught all IT courses (INFT 102, 201, 202, 203, 204, 211, 221, 223, 233, 298); City Seminar—Quantitative Reasoning; and Summer Bridge—QR. In response to a question about his teaching style, Dr. Niu says, “I would say that I’m stubborn in some sense and I believe maintaining a high academic standard is extremely important, perhaps more important than any other things. Having done many years of training in academia, I strongly believe that education can change one’s fate, and it can be the key to solving many social problems involving underrepresented groups and social inequalities.

With this firm belief in mind, Dr. Niu is rather flexible in terms of contexts and methods in teaching students the subject area knowledge and showing them how this knowledge is used in transforming our lives. “For example, I can start a conversation with students about a popular movie that hit the market, move on to the popular website of Imdb.com, and eventually discuss how the database component of the website could be designed to support the organized information on movies, actors/actresses, or awards, etc.”

In addition to teaching, with his background in research, Dr. Niu is also passionate in involving students in authentic research. “I have served as faculty mentor in the CUNY Undergraduate Research Scholars Program (CRSP) since my first year at Guttman, have frequently given talks to student researchers in this and other similar programs, and have tried hard to encourage them to go deeper, higher, and farther in the world of research.”

One project that Dr. Niu designed and worked on with students is building a voice-based virtual information assistant to the Guttman community, with which one can interact with Amazon Echo devices or Alexa app to obtain all kinds of information about Guttman. For instance, the following conversion can be supported thanks to the Guttman Directory web service that the IT Services made available to Dr. Niu and his students:

“As you can see, there is a lot of intelligent information processing involved, and unlike some other projects that seem to provide similar features, we don’t hard code the entire questions and answers in the program,” says Dr. Niu. “Instead, we aim to support a large variety of questions and answers, which makes the task very challenging, the very nature of any authentic research project.” So far Dr. Niu and his students have built a rough prototype to showcase the idea and to verify technical approaches. “Our work was accepted by the 2018 and 2020 NCUR Conferences for oral presentations and was presented at the CRSP Annual Symposium, representing Guttman. The project is a long-term project and has been significantly impacted by the pandemic. I hope to resume this work with students post pandemic.”

The three traits that Dr. Niu would most like to pass on to his students are: curiosity, diligence, and attention to details. “Curiosity allows one to closely observe things, obtain good understandings of them, identify what one doesn’t know, and build a mindset of constant improvement on things. Diligence would be needed to translate thoughts and ideas into actions and results. And finally attention to details is important to ensure precision and efficacy of every single step in knowledge acquisition.”

When asked if there was anything else that he would like the Guttman community to know about him, Dr. Niu replied, “Throughout my career of R&D in computer science so far, I have written around 150,000 lines of source code across multiple projects and have read at least that many line-by-line as well. Although coding is sometimes considered a thing for younger people, I find coding quite relaxing and often pick up a small project to do so to help me concentrate. I probably have overused my eyes over the years and coding doesn’t require one to stare at the computer screen but involves more mental work on logic and manual work on the keyboard.”