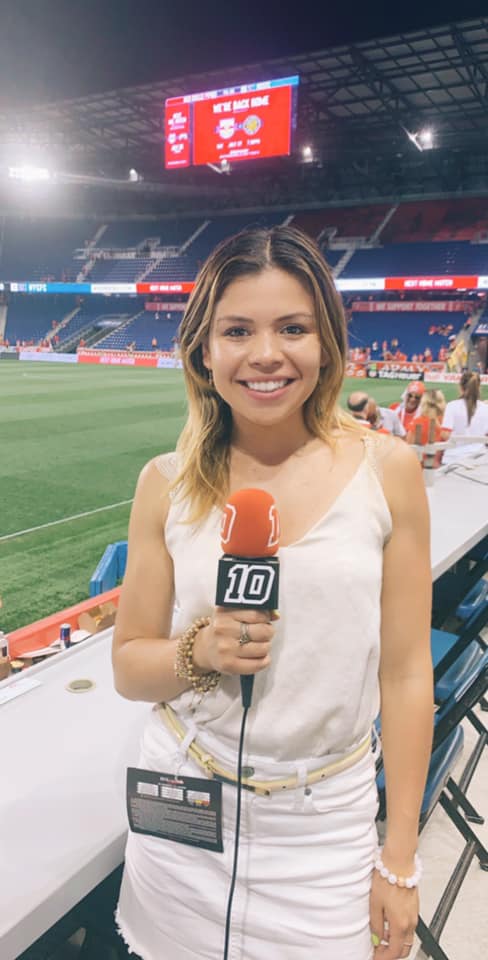 You wouldn’t know it, to watch her conduct an on-location interview with exuberant New York Football Club fans at their Major League Soccer Cup win or talk stats with an accomplished ESPN commentator in a match preview, but Maria-Isabelle Parada’s career as a bilingual sports journalist started in the InfoCommons at Guttman’s 2013 Summer Bridge. “Since I was little, all I ever really wanted to do was be a broadcast journalist,” the Colombian-born businesswoman says. “But I was so shy, like hiding behind my mother’s handbag as a kid, turning red when people talked to me.” During her first week at Guttman, she decided that it was time to break through that shyness, a goal she had begun working toward in high school. “So, I made up my mind that I was going to walk over to a table of girls I didn’t know and start talking to them. And I did.”

Not that all of Maria-Isabelle’s fears dissolved instantly in the school’s Library. No, she still had to work to shake off the self-doubt. When she’d get some shade about her accent, she’d remind herself that Sofía Vergara talked like she did and was the highest-paid actress on television. “There was a battle inside of my head. One part of me knew that everything is possible with hard work, and dreams do come true. My mom put that in my head.”

The part that would go and look for opportunities impelled Maria-Isabelle to accept the invitation of Tiffany Bailey-Gilles, Guttman’s Academic Internship Specialist at the time, to accompany her to the Manhattan Neighborhood Network media studios in Harlem. There she was offered her first internship. Despite a well-meaning staffer telling her that she didn’t need to be to be in front of the camera and could be a producer behind the scenes, the determined intern went on to produce and host her first show, called “Living the Dream.”

The other part of her, the part that still didn’t believe in herself, thought she was “too ugly to be in front of the camera” and assumed that broadcast journalism was a career “only for people who had connections and money.” The part that battled anxiety and struggled to control frightening panic attacks made her wonder if she really could report the news. “Bad”news, she noticed, especially when it was bloody or violent, increased her anxiety significantly. So, when she got the Ethnographies of Work assignment to shadow someone in the student’s desired profession, Maria-Isabelle knew she had to have a frank discussion with her professor, Matt Mead. “Why don’t you do sports journalism?” he suggested.

The idea “clicked.” “I remembered how joyful everybody was when Colombia entered the world stage, qualifying for the 2014 FIFA World Cup. I really connected to that joy, that pride. I’m a person who really feels my feelings, and I knew I wanted more of that.” 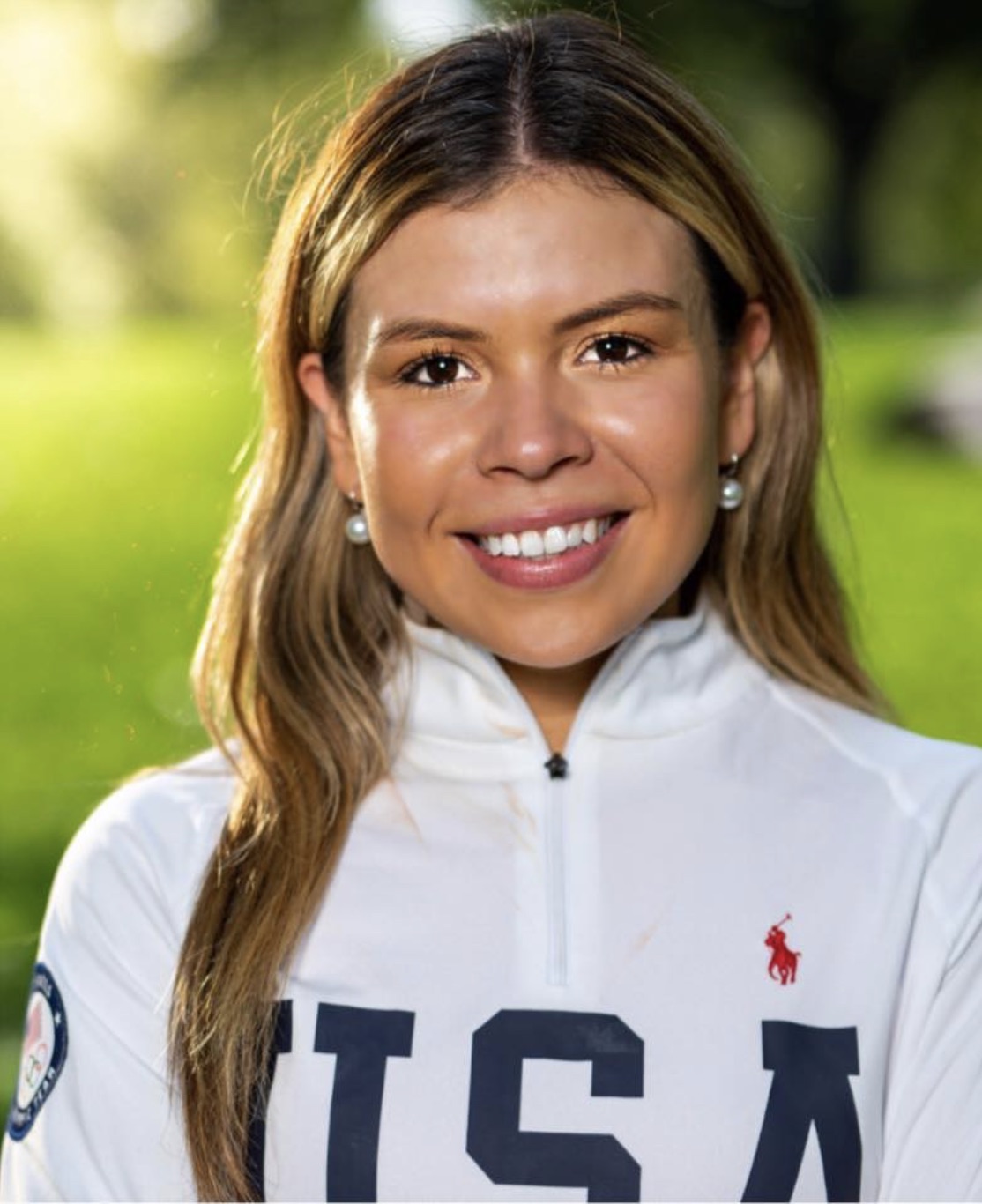 The CEO of her company, M.I.Sports, points to the 2016 Copa America Centennial as her first real broadcast. “My cousin gave me tickets for my graduation. It was incredible to be part of that crowd,” she recalls. “During the final minutes, I grabbed my phone, turned to the couple sitting behind me and started asking them questions about the match and filming it. He was Peruvian and she was Colombian. I wanted to capture their energy. That was the year that Facebook Live went public, so I livestreamed it. I knew then that I was going to be a sports broadcast journalist. I just kept building my social media broadcasting from there.”

After Guttman, the Brooklyn College graduate majored in Journalism and Media Studies with a minor in Business Marketing. It was at a CUNY career event that she met a Colombian American executive who would become her lifetime mentor. She credits him with her first paid internship, connections to people in the sports industry, and even “the idea to open my own business,” she adds.

Today, at 29, Maria-Isabelle Parada owns two companies, an LLC for her freelance work managing clients’ social media, and misports.co “Increasing the VOICE of Women in Sports,” where she broadcasts on her website, Instagram, TikTok, Facebook Live, and her YouTube channel. She is steadily growing her businesses through Spanish- and English-speaking sports fans, gaining press access not only to men’s and women’s soccer, but also to games and tournaments of other sports, which, she admits, she has to study.

“When I started out, interning with a New Jersey sports media company as a woman heading into the locker room with a press pass and my phone, mostly all of the journalists were older men. They were all, ‘What are you doing?!’ until they saw that social media was the “new” way to get the news out. And then they were like, ‘Maria-Isabelle, where do you post your content? Where did you buy your microphone? Your tripod?’” she laughs.

Her face brightens at the memory of those early days in her career. “Somebody said, ‘Your desire to succeed has to be bigger than your fear to fail.’ I think that’s what keeps me going. And I am very happy doing it, too.”