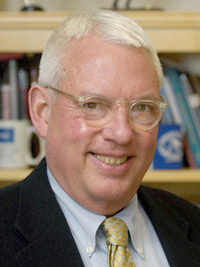 Scott joined CUNY in 2011 as Guttman Community College’s Founding President. He served as professor of psychology and founding dean of University College at Indiana University-Purdue University, Indianapolis. He joined the psychology faculty there after completing his Masters’ and Doctorate in Social Psychology at University of North Carolina at Chapel Hill. He earned his Bachelor’s degree in Psychology at Indiana University at Bloomington.  Scott has long been involved in designing, implementing and assessing programs for students in their first years of university study. He played a major role in various initiatives to support student achievement in Indiana, including efforts to keep students in college. He has given more than 100 presentations on serving students as they enter college, and he has written many articles and chapters on academic achievement and persistence.  Scott was a task force advisor for the Foundations of Excellence in the First College Year and a board member of the American Conference of Academic Deans.  He has been a resource faculty member at the Summer Quality Academy of the Institute for Higher Education Policy and for the General Education and Assessment Institute of the Association of American Colleges and Universities. He served on the advisory board for the National Resource Center for the First-Year Experience and Students in Transition, and as a faculty member for the Learning Community Institute of the Washington Center for Undergraduate Education. The National Learning Community conference recognized him with the lifetime achievement award. He serves on the Board for the John N. Gardner Institute for Excellence in Undergraduate Education and the Community College Advisory Panel of the College Board.  He has been on accreditation teams for three regional associations, focusing on general education, assessment and programs for entering students.