On September 15th, Guttman Community College joined the nation in celebrating the kick-off of Latinx Heritage Month (LHM). Often referred to as Hispanic Heritage Month, at Guttman the use of the term Latinx heritage is meant to embrace inclusion, bypass the erasure of the salient, intersectional identities of the Latinx community, and ignite conversation and evolution of thought regarding identity and inclusivity. To mark the month-long festivities, Guttman features a wide array of events.

Guttman invites everyone to participate in the multitude of LHM events happening at the College and in the community. Among them are a bilingual poetry reading featuring four note-worthy NYC poets on September 27; “What is Hispanic Heritage Month? A Conversation with Puerto Rican Poet Urayoán Noel,” a discussion on the multiple meanings and layers of the Latinx identity taking place on September 28; a student poetry writing workshop on September 29; and a virtual karaoke session featuring musica Latina on September 30.

The celebration of Latinx heritage goes beyond LHM – it is an integral part of the Guttman experience throughout the year. Guttman is proud to be a Hispanic Serving Institution (HSI). Latinx students comprise more than 50 percent of the population, and Guttman is dedicated in its responsibility to enable them to thrive and succeed. The HSI designation is extremely important to Guttman, especially with a growing number of Latinx enrolling in college across the nation. According to the U.S. Census Bureau, the Latinx population is over 50 million and 3.6 million Latinx were enrolled in colleges in the U.S. in 2016, up 180 percent from 1999 (Pew Hispanic Center). Guttman’s focus on equity and on fostering an inclusive campus community ensures the success of all students, especially those who identify as Latinx. 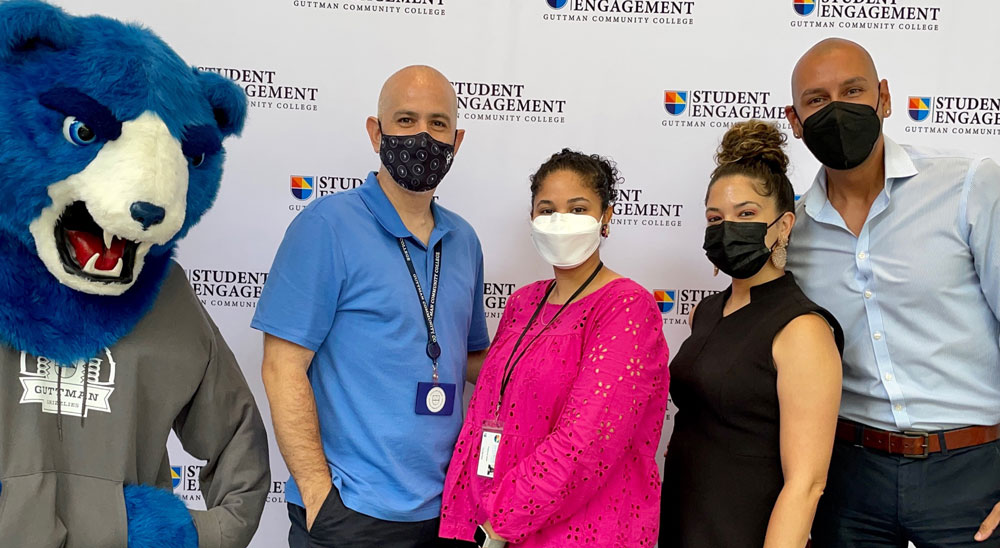