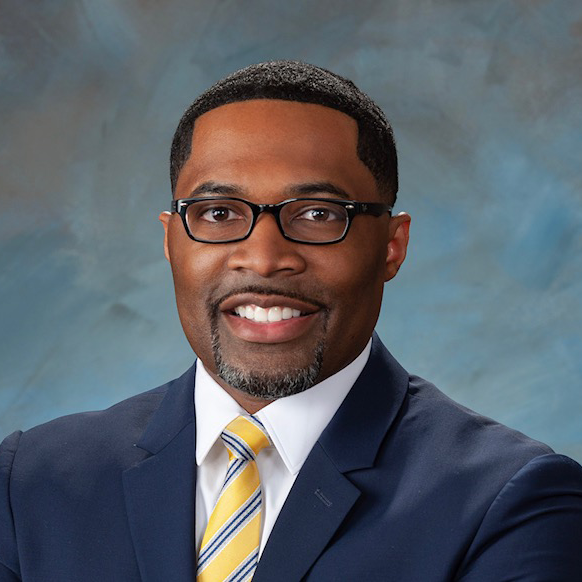 On Monday, February 1, 2021, the CUNY Board of Trustees announced the appointment of Dr. Larry D. Johnson, Jr., as the next president of Stella and Charles Guttman Community College. His appointment will become effective on July 1, 2021.  Dr. Johnson says this to the faculty and staff at Guttman about his selection:  “I am honored and elated to be selected as the next President of Guttman Community College. During the interview process, it was evident that the students, faculty, staff, and community leaders are committed to the mission and vision of this innovative ecosystem within CUNY. The pandemic and social unrest have amplified the importance of public higher education. And as a College serving a diverse student body, our work is more critical than ever. I look forward to collaborating with you to ensure that Guttman remains one of the most student-centered, equity-minded, and data-informed community colleges in the nation.”

Dr. Johnson is now serving as the president of Phoenix College, a public community college in Maricopa County, Arizona.  He will succeed Dr. Doris Cintrón, who has served as Guttman’s interim president since August 1, 2020.

Dr. Johnson has vast experience as a faculty member and administrator in America’s community college sector.  He became the first African-American president of Phoenix College in its 100-year history when he was appointed in 2018. Under his leadership, the college increased enrollment by establishing a partnership with the City of Phoenix that provided educational opportunities to workers in the community. The college also received multimillion-dollar grants from the National Science Foundation and federal Department of Education to support experiential learning programs and undergraduate research in STEM.

Dr. Johnson began his career at Tallahassee Community College in Florida, where he taught developmental English and reading. He later taught at Georgia Piedmont Technical College and then Broward College, where he was associate dean for English and journalism and championed innovative strategies that increased student success, particularly for men of color. From Broward, he moved to St. Louis to serve as provost and chief academic officer at St. Louis Community College’s Forest Park campus.

Stella and Charles Guttman Community College is CUNY’s first new community college since 1971. The College opened its doors to an inaugural class of 289 students on August 20, 2012.  Guttman offers associate degree programs in an innovative model emphasizing experiential education, learning communities and instructional teams, and a commitment to providing rigorous academic challenge, attentive support, and inclusive excellence.  Guttman is a Hispanic-Serving Institution, with a current enrollment of 1,020 students (as of Fall 2020).  Guttman was ranked as the best community college in America for 2020 by Niche.com.